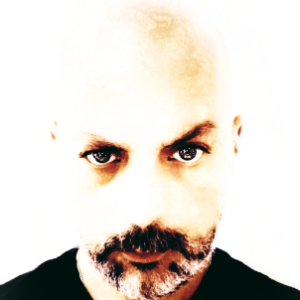 In 2011, Guitarsnake’s second album “Around The World” was released on the label “Mad Guitar Records”. The trio was formed by Nicolas Notarianni (Guitars / Keyboard / Orchestra),
Davey Rimmer (Uriah Heep) on bass and Laurent Reinling on drums.
Today, 10 years later, Nicolas Notarianni and Laurent Reinling, this duo which is the core of this old formation presents us with a reissue of certain titles including “My Religion” and
new titles in an album entitled “Rebirth”. The bass is recorded this time by Nicolas Notarianni who also rethought the whole orchestration.
This album is an intense musical journey! It’s a mix of instrumental rock, filled with emotions and melodies that do not leave us indifferent. This style of music mixed with an
orchestration is an ambitious project but Nicolas Notarianni will have made it his trademark this time around on the whole album. Sometimes you will feel the influence of composer
Hans Zimmer.
Everything is carefully balanced, it is a duet in the service of music above all that we will listen to above all.
The total production of the album is signed by Nicolas Notarianni who has remained master of each stage of the album.

Be the first to review “Rebirth 2021” Cancel reply

One Life Is Not Enough